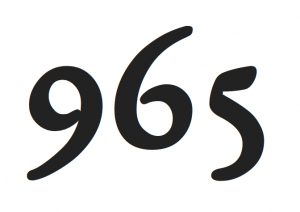 What: The Hash you dingus

Hares´note: I will be flat and dry and no shiggy… promise!… so get prepared…

The pack arrived to a beautiful October day in Germany, with temperatures in the mid-60s and the occasional rain shower. Yet 20 people made it to #965, proving once again that beer is thicker than water. Notably, FIVE WHOLE VIRGINS were present, as well as a similar amount of visitors (some of whom have yet to be abducted!)

Our hares, Loveballs and First Glass Ride, promised a short, shiggy-free trail and our RA Lego took them at their word. The boy is cute, but too trusting, and the hares took full advantage of this. More on that later.

The trail was a wonderful shiggy affair for about a kilometer, straight through brambles (or was that just me?) up the hill to the Adventure Quest. The quest was to slay a nightmarish monster called the Appletini, and I am glad to say we succeeded. After this we wandered around in the woods for about 40 minutes, occasionally glimpsing a mark, and made our way to the second beer stop in a “wonderful” “little” valley near Gersweilerhof. Most of the pack enjoyed the nearly 10 stories of stairs down the valley and up again. The pictures in the event page are truly magnificent and well worth looking at.

Eventually we found our way to the ON IN and Lego started circle. After a series of misadventures involving poor career choices, poor trail decisions, and worst of all-wearing a skirt instead of a kilt-Shiggy in My Shitter was made to do up to and including a Flying Towering Deadbug, with Double Dickhead and Just Sebastian administering.

Good times were had by all. On-on to the next trail! -SQ

ANNOUNCEMENTS:
Sembach Turkey Trot, 25 November. Be there!
Sembach 12 Down Downs, 8 December. BE THERE!